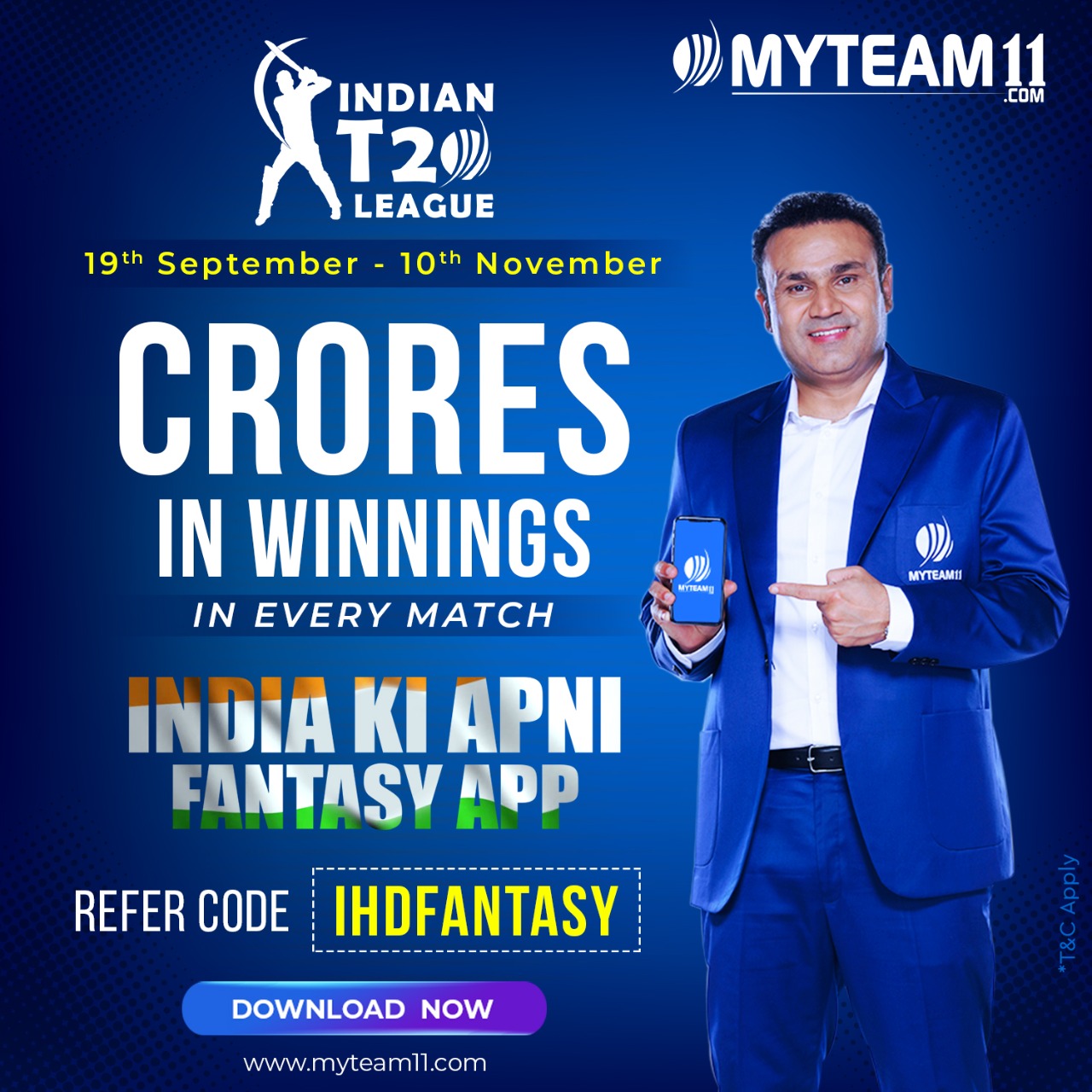 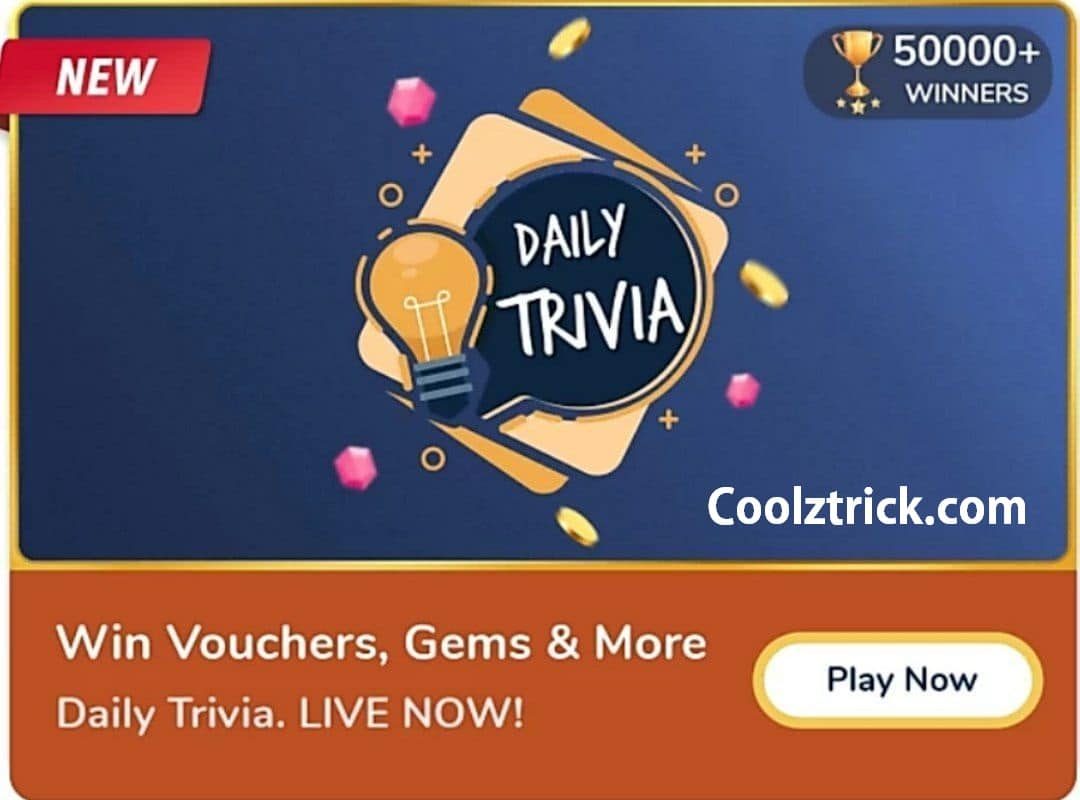 6. Automatically all Flipkart Daily Trivia Quiz Questions will be there on time and you just need to give correct answers.

7. I tried to give all the correct answers below this so you can win some prize.

1) Ash Ketchum is the main character in which Japanese franchise?

2) Riddler, Mr. Freeze and Poison Ivy are the

3) Which sports film was based on life story of a sportsperson Mir Ranjan Negi?

2) Syndicate Bank has which of these animals in its logo
Answer: Dog

3) Which of these elements has the highest melting point
Answer: platinum

4) Who released the popular album Aafreen in 1986
Answer: Pankaj Udhas

5) in 1986, which of these companies launched its own clothing line
Answer: Apple

1) Which of these countries is not a part of the West indies Cricket team?
Answer: Ghana

4) After which NBA player is the bird in the logo of twitter named?
Answer: Larry Bird

5) For which popular NBA player was the nickname ‘his Airness’ used?
Answer: Michael Jordan

1) Which of these popular mobile apps is not owned by Google?

2) What part of the plant do we eat when we eat carrots?

3) Which country has shifted its capital 7 times with the current one since 1990?

4) Who was the Foreign Minister in Mughal emperor Akbar’s court?

1) the fictional character thumbelina is born from the seed of which grain?
Answer: Barleycorn
2) by what name do we better know rhytidectomy?
Answer: facelift
3) Which of these fish has an average lifespan of 140 years
Answer: Roughyeye rockfish
4) What identity was assumed by Dr.kalam during Operation Shakti?
Answer: Major Gen Prithviraj
5) Which of the following Indian cities is not called ‘venice of the east’?
Answer: Shillong

2) In which of these TV shows do you see Hugh Laurie play the role of a a doctor
Answer: House

3) Who was the lead actor in sanjay Leela Bhansali’s debut film as director?
Answer: Salman Khan

5) Which actor was nicknamed ‘jubilee kumar’ as he gave many silver jubilee hits
Answer: Rajendra Kumar

Rewards Only For First 50K Users Only.

1) Which actress was not cast in the film Dil Toh Pagal Hai?
Answer: Kajol

2) Which of these actors was not cast in both 3 idiots and Rang De Basanti?
Answer: Kunal Kapoor

3) With which iconic character would you associate the dialogue “I’ll be back”?
Answer: Terminator

4) Which American Sitcom was a spin-off of the famous TV series Friends?
Answer: Joey

5) Who among these starred in Katrina Kaif’s debut film?
Answer: Amitabh Bachchan

1) Who among these Indian cricketers has not batted on all five days of a Test match?

2) Who was the first hockey player to have competed in four Olympics?

3) True Blue is a joint venture clothing brand of Arvind Fashion and which cricketer?

4) Sunil Gavaskar named his son Rohan after Rohan Kanhai, a former player of which team?

5) The world’s oldest golf organization was formed in which country in 1744?

1) The Song “Another Brick in the Wall” is a cult classic by which Band?

2) Which actor played the role of Lord Mahadev in the TV series ‘Devon Ke Dev… Mahadev’?

3) In the TV series Friends, what is the surname
of Rachel?

4) Which actor once worked as a waiter at The Taj Mahal Palace Hotel in Mumbai?

5) What media franchise, owned by Nintendo, was created by Satoshi Tajiri in 1996?

1) For working on which disease was Robert Koch awarded the Nobel Prize in Medicine?

3) Which of these brands is packed and sold in hyperbolic paraboloid shape?

4) What was the original title of the recently released film Saand Ki Aankh?

5) SoundJam MP was an early version of which media player?

1) When is realme Watch S going on 1st Sale?

2) With 2 hours of charging, how much battery life does realme Watch S gives?

4) How many watch faces are available on realme Watch S?

5) realme Watch S features which of the following “smart controls”?

1) By what name do we also know the injury lateral epleondylitis?

2) Who became the 1st player to score in 15 consecutive UEFA Champions League seasons?

3) In which city is the Cricket Academy of Pathans of brothers Irfan and Yusuf Pathan?

1) What video game series completes this Top Gun movie dialogue: I feel the need, the

2) Godfather of heavy metal music, Ozzy Osbourne was associated with which band?

3) Which car is depicted as Bumblebee in the live action Transformers films?

1) Dubbed the Asian Nobel, Ramon Magsaysay Award is named after a President of

2) The leaves of which tree make up most of the diet of the Koala?

3) Which country’s prime minister was Saad Hariri who resigned recently due to mass protests?

4) Developed in the 19th century, the Henry Classification System is used for identifying

5) What iconic logo was desgned by an American university student Carolyn Davidson?

1) Against which team will India play their first ever day-night Test match in Kolkata?

2) Which country has won the most Davis Cup titles?

3) The Indian Cricket League was a private cricket league funded by which company?

5) Who is the subject of the documentary ‘A Father’s Dream’ directed by Aayush Puthran?

1) Which actor contested and won the Allahabad Lok Sabha seat in 1984?

2) The upcoming show ‘House of the Dragon’ is a prequel to which TV series?

3) Jim Sarbh, who was seen in ‘Padmaavat’, made his Bollywood debut in which film?

5) Which character made his debut with the animated short film Steamboat Willie?

1. What condition caused by exposure to extreme cold is also called congelatio

2. Which of these is an russian martial art and sport

3. Launched in 2016 fuschia is an operating system made by which company

4. The regulating act of 1773 led to establishment of what in calcutta

5.which city is the oldest capitail in the world

1.which bangladesh cricketer was recently banned for not reporting bookie approach

2. Founded by p.gopichand where is gopichand badminton academy

3. In 1993 world cup match who helped india defeat zimbabwe by scoring 175 not out

5. By giving away 75 runs which bowler bowled the most expensive spell in t20 history

1) In the film Dhoom: 3, Aamir played a double role. What were his names?

2) The popular song, Despacito features Luis Fonsi and which other artist?

3) Whose daughter made her Bollywood debut in the film Dabangg 3?

4) Which film was dubbed in Tamil as Uyire.. and in Telugu as Premato?

5) Who co-starred in Steven Spielberg’s The Color Purple as distraught housewife Sofia?

1.which apsara wanted to marry arjuna when he was in indraloka

2.in india how long is the laerners license valid

3.the scientist narinder singh kapany is also known as father of

5.in may 2018 where did harry and meghan get married

2) Nandita Das and Sarmad Khoosat have both directed films on which Urdu writer?

3) In which film does Shah Rukh Khan play the role of a magician, Gogo Pasha?

4) Which was the first film produced by Anurag Kashyap’s Phantom Films?

5) In the Hindi film Chef, what is the name of Saif Ali Khan’s food truck?

1.which city is served by the jolly grant airport

2.who was announced as time person of century 1999

3.which website was created as jerry and davids guide to world wide web

5.associated with indian railways the book store chain A.H wheeler was started in

1. What surname was common to bollywood personalities om and amrish

2. Which actor is the inspiration behind the comic book jimmy zhingchak agent d.i.s.c.o

3. Staring with dr no who was the first actor to play james bond in movies

4. Who directed the film in amitab bachan made his hollywood debut

5. Which of these bollywooywood actors made their film debut the earliest

1) The Madeira International Airport in Portugal is named after which footballer?

3) Which football club’s B team is known as Castilla?

4) Karnataka defeated Tamil Nadu in the Vijay Hazare Trophy 2019-20 by what method?

5) Who captained the Indian Men’s team in their 1st ever T20 international match?

1. Who was the director of the oscar nominated film mother india?

2. Complete the name of this columbian singer:isabel mebarak ripoll

3. The quote how your doin was often repeated by which character from friends

5. Ambitab bachan was not a part of the debut film of which of these actress

1) Which of these was the last to be liberated from a colonial power?

2) Meg, Jo, Beth and Amy form a quartet in which famous novel by Louisa May Alcott?

3) The Jhulta Minar or swyaing minaret, is a famous attraction in which Indian city?

4) What was founded in the 1890s by Caleb Bradham as a digestive syrup?

5) The colour ‘azure’ refers to the natural colour of which of these?

3) Which cricketer co-founded ‘Tenvic’ a company to develop grassroot sports?

4) Legendary singer Sir Elton John was once the owner of which football club?

5) Which world champion billiards player was given the nickname ‘Bombay Tiger’?

1) Who among these was not a part of the English band ‘The Beatles’?

2) In Dil Se, who danced with Shah Rukh Khan on top of a train in the song ‘Chaiyya Chaiyya’?

3) Which is the only movie directed by Aditya Chopra with SRK not in the lead?

4) Satnam Ramgotra, who contributed music to Dunkirk and Inception, plays what instrument?

5) For which of these films did Aamir Khan not win the Filmfare Best Actor Award?

1) Which Indian river is knowns ‘Yarlung Tsango’ in Tibetian language?

2) Making it Big’ss is a book by Binod Choudhary, who is the 1st billionaire from

5) Diego de la Vega is the actual name of which of these fictional characters?

2) Which of these stadiums was recently renamed after the former finance minister of India?

3) Apart from Real Madrid, Zinedine Zidane has played for which of these clubs?

4) In which country were the English cricketers Owais Shah and Usman Afzaal born?

5) Hyderabad FC replaced which team in the Indian Super League 2019-20?

2) Which character in Friends was portrayed by Lisa kudrow?

3) AR Rahman won a national Film Award best music director for which of these films?

4) Who made her film debut with 2002 tamil film Thamizhan?

1) Which of these automobile brands manufactures the Phantom range of cars?

2) Krishna Hutheesing wrote a book Dear to Behold about her niece. Name the niece.

4) Which city was severely affected by the Great Fire of 1666?

5) Which of these is a key ingredient of Siachen Omelette?

Join Us On Telegram